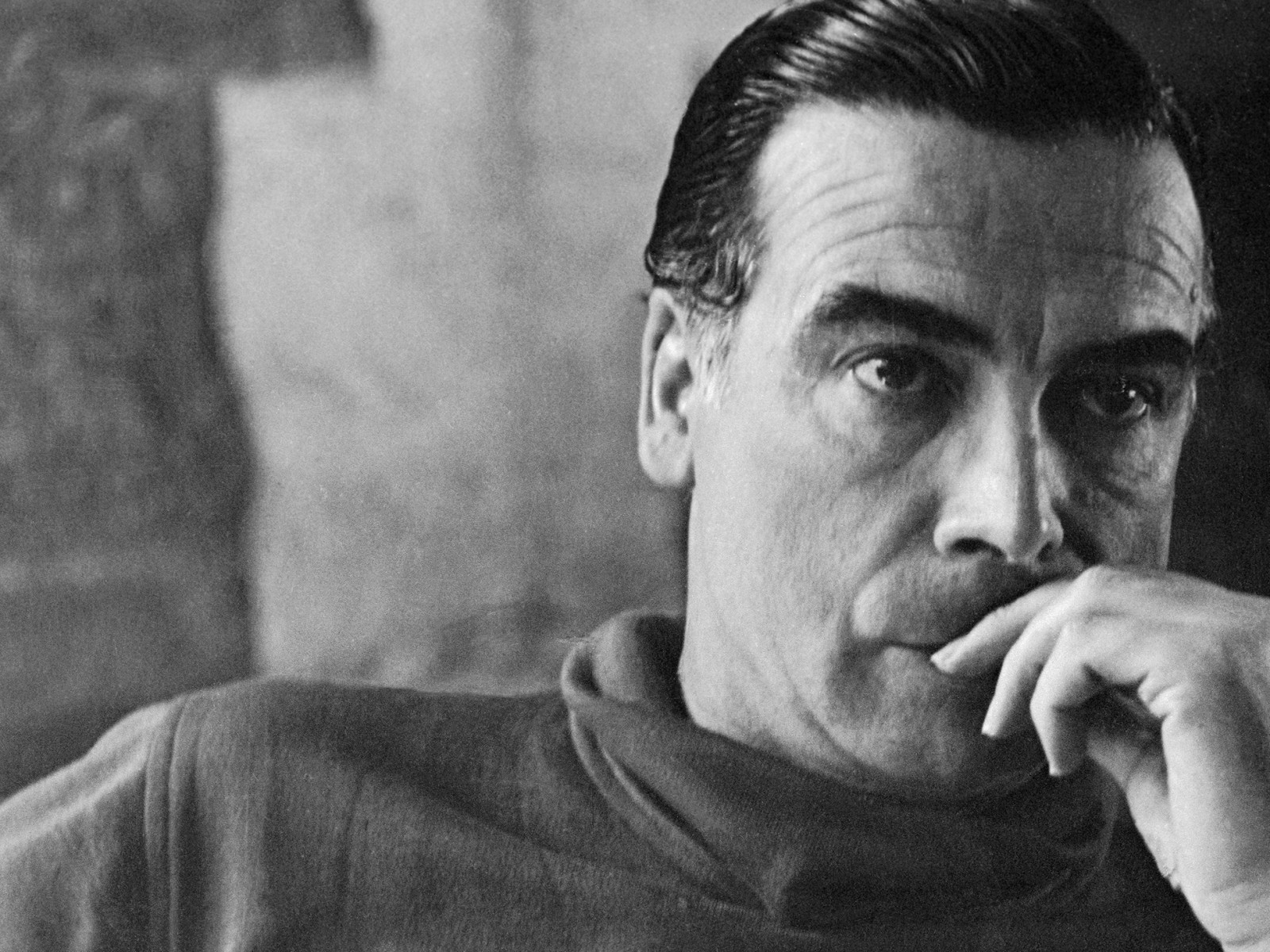 We, the students at London College Of Style had the brilliant opportunity of attending the Balenciaga – Shaping fashion exhibit at the Victoria & Albert Museum. I will take you through my entire experience at the exhilarating exhibit.

A visionary, a legend & a couturier par excellence CRISTÒBAL BALENCIAGA was born in 1895 in Getaria, a fishing village in Spain. He was introduced to fashion by his mother who was a seamstress. At the age of 12 he began an apprenticeship at a tailor’s in San Sebastian. Ten years later, he opened his first fashion house in 1917. 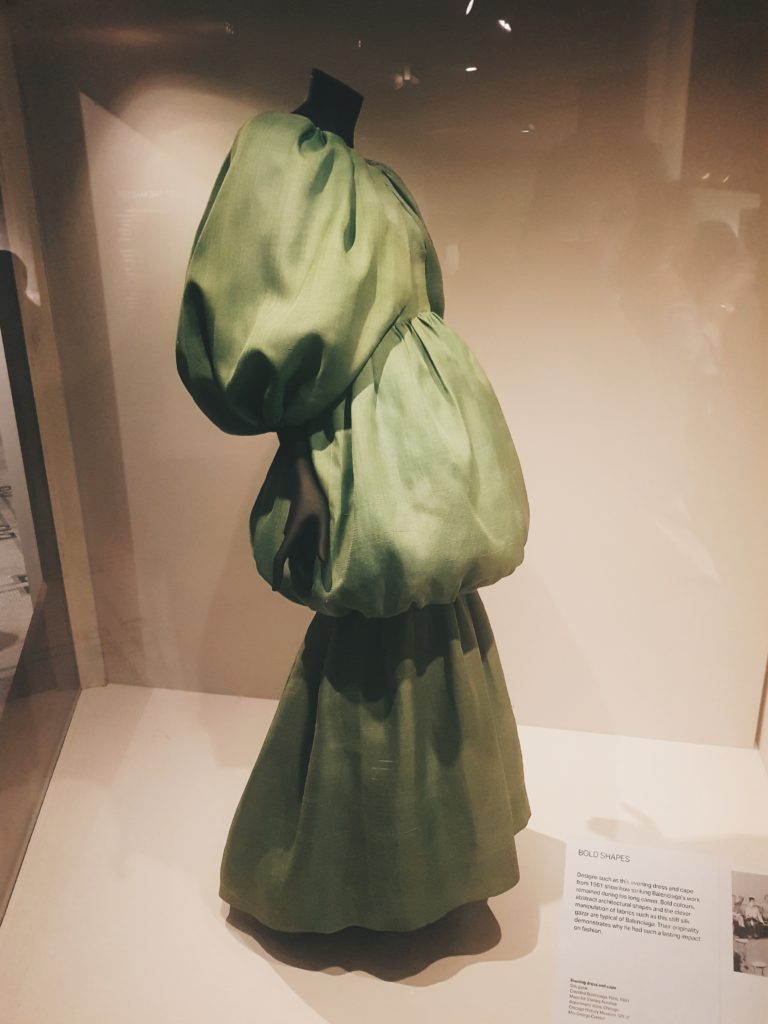 Balenciaga was never afraid to play with bold shapes & abstract structures along with a clever manipulation of fabrics. This beautiful & unusual evening dress with cape crafted in gazar silk 1961, for Stanley Korshak department store sums it all up. 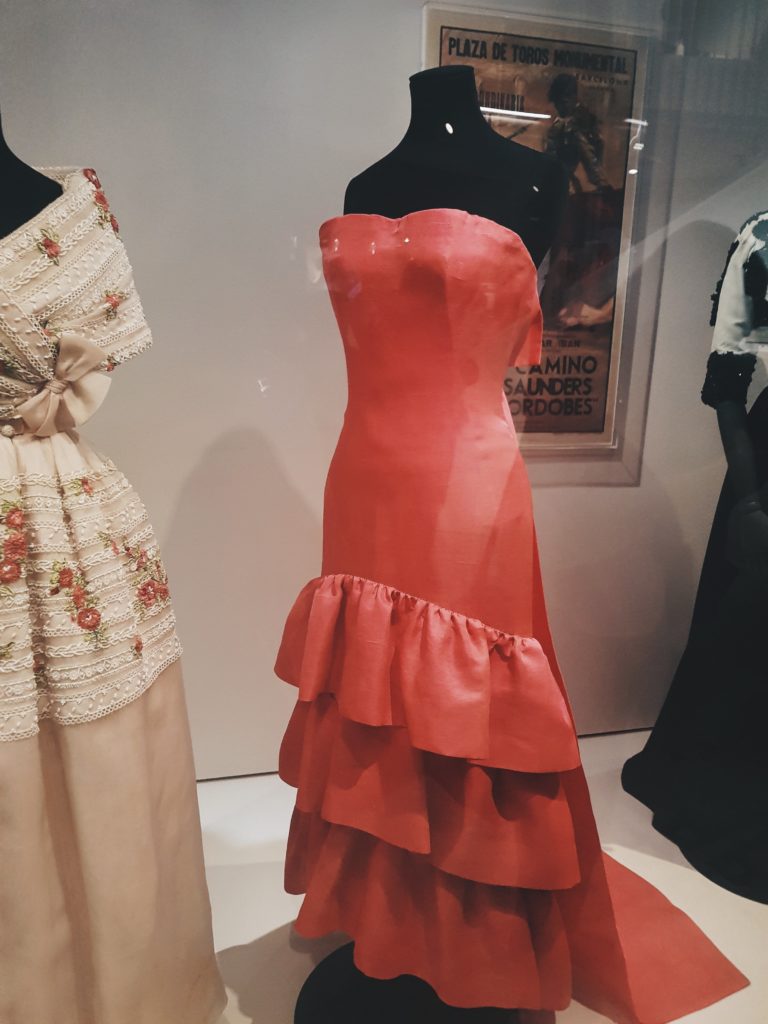 Spanish flamenco dancing inspired many of Balenciaga’s designs. The traditional bata de cola hugs the dancer’s upper body while the skirt’s many flounces exaggerate her movements. Here, Balenciaga used just three flounces & lengthens the train with a separate flounce at the back. Evening dress in silk gazar, 1962. 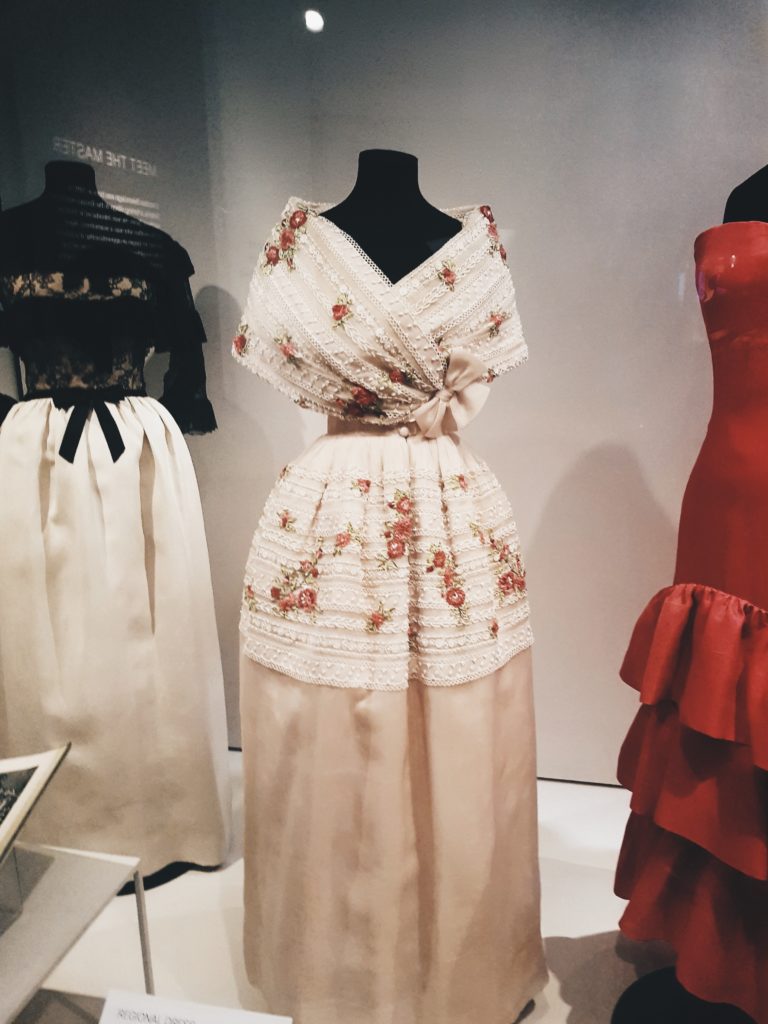 Spanish costume was a recurring influence on Balenciaga. He owned Isabel De Palencia’s anthology of regional costumes. This evening gown made for goood friend Francine Weisweiller shows a debit to Valencian dress. Evening dress in silk organza with embroidery, 1960.

“A couturier must be an ARCHITECT for DESIGN

A SCULPTOR for SHAPE

A PAINTER for COLOUR

A MUSICIAN for HARMONY and

A PHILOSOPHER for TEMPERANCE”

This is exactly what made him unique. Balenciaga was enthusiastically involved in every aspect of dressmaking. His designs always reflected his firm understanding of structure, attention to detail & a fabric’s inherent qualities. His drapes skimmed rather than hug a woman’s body which made them appropriate for women of all sizes. 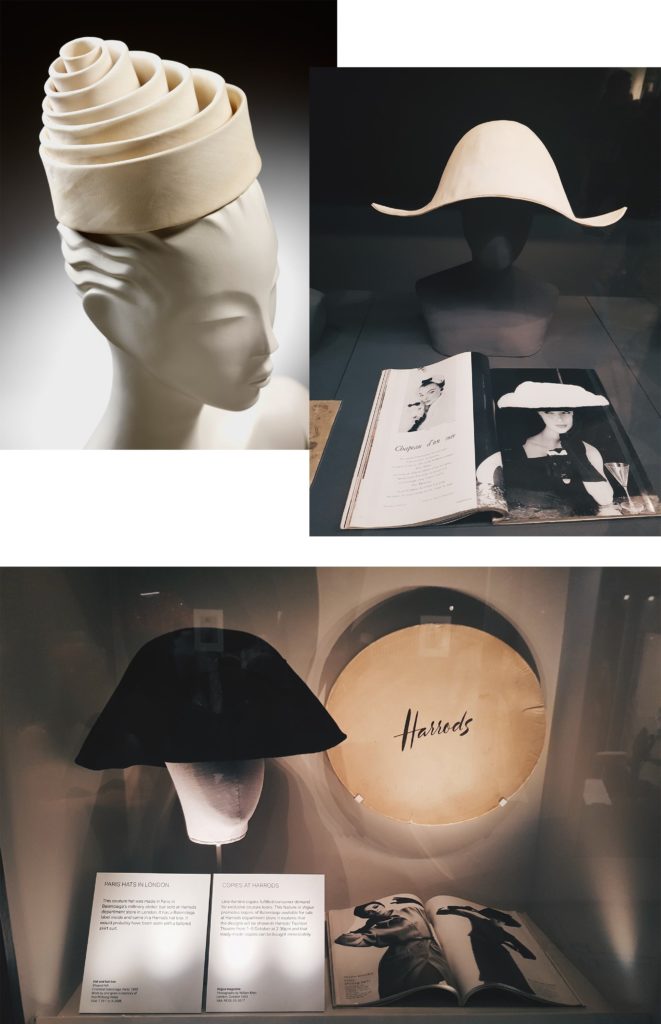 Balenciaga’s hats are an integral part of fashion. They were some of the most elaborate in Paris. in the 1950s & 1960’s they grew more surreal as they played with scale, shape & unusal materials. The then police commissioner stamped the official sketches so they wouldn’t get copied. Buyers around the world wanted his collections at their stores. In the picture above (Harrods)

…was how Vogue described this historically inspired evening dress. Taffeta as thin as paper, shaped into harem skirts. The sinful & artistic drapery stole my heart. 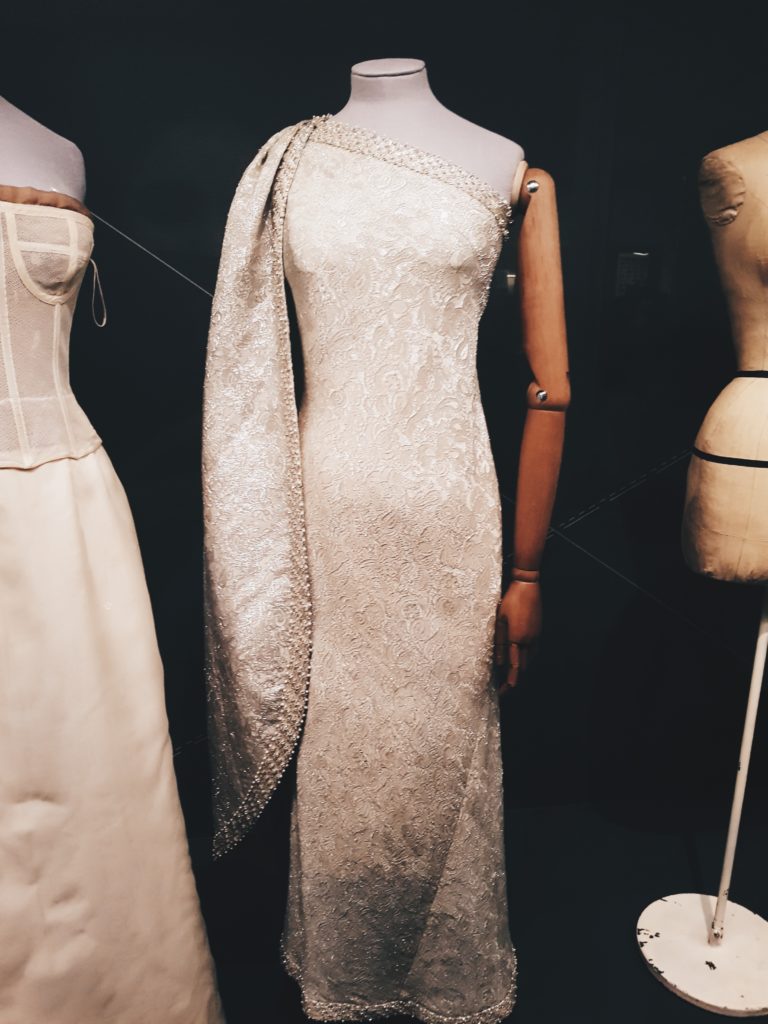 This was a very proud moment for me as Balenciaga drew inspiration from my homeland, India. A saree is a traditional Indian outfit made from a single fabric & pleated on the waist & shoulders. He made several versions of his saree dresses. 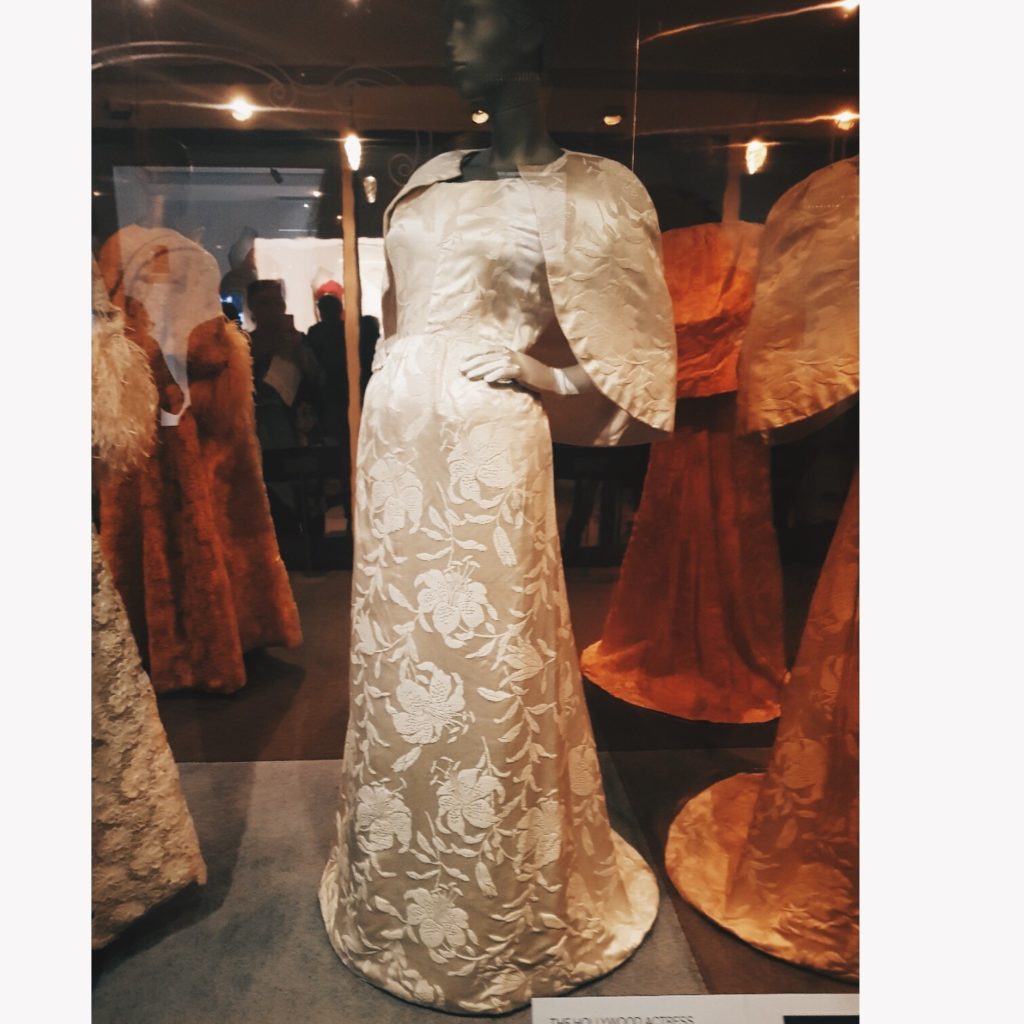 Balenciaga was a visionary like no other. He created such a powerful impact on the world of fashion that for decades to come fashion designers were inspired by his genius & still continue to do so. He dared to experiment & think beyond the confines of what was acceptable unlike any other couturier of his time. His contemporaries admired him immensely & had utmost respect for his work.

FOR WHICH ONLY BALENCIAGA IS THE CONDUCTOR.

THE REST OF US ARE JUST MUSICIANS,

FOLLOWING THE DIRECTIONS HE GIVES US.” 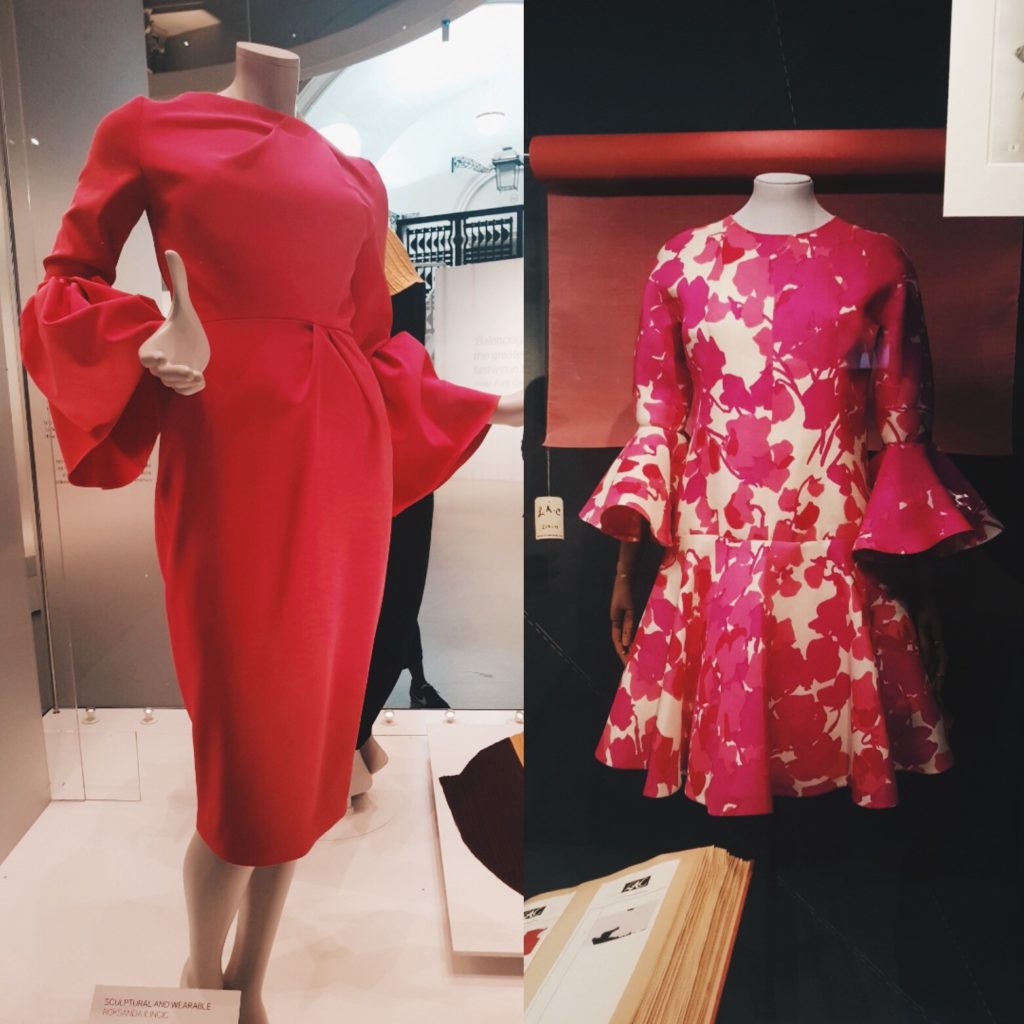 “BALENCIAGA IS THE ONLY DESIGNER

WHO DARES TO DO WHAT HE WANTS” 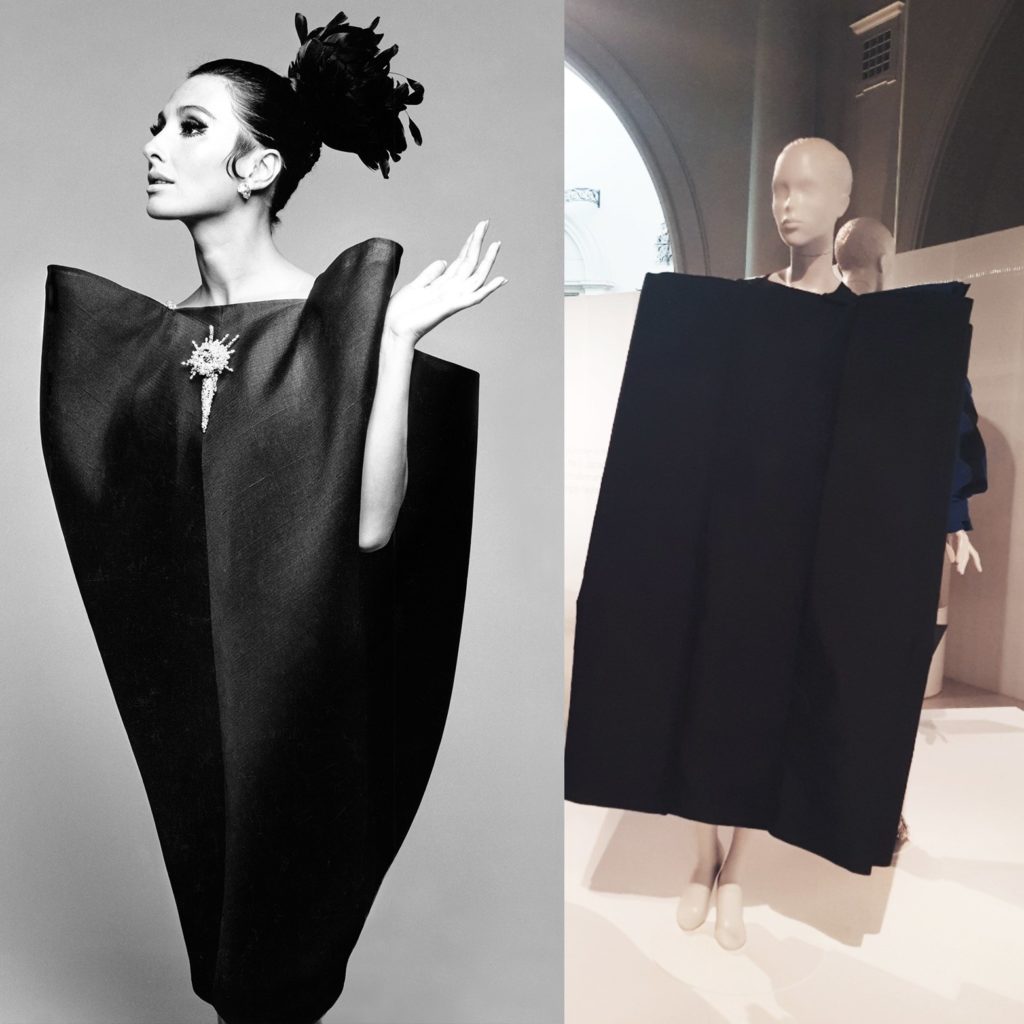 It was a very enriching experience for me. If you are in London & are a fashion connoisseur I would suggest you to visit the show. Hope you guys enjoyed the excerpts from the show.